ATTENTION! From 25 September to 16 October, Aeroexpress trains will arrive and depart according to the amended timetable. Please call the hotline at +7-800-700-33-77 or visit the Timetable section for more details. 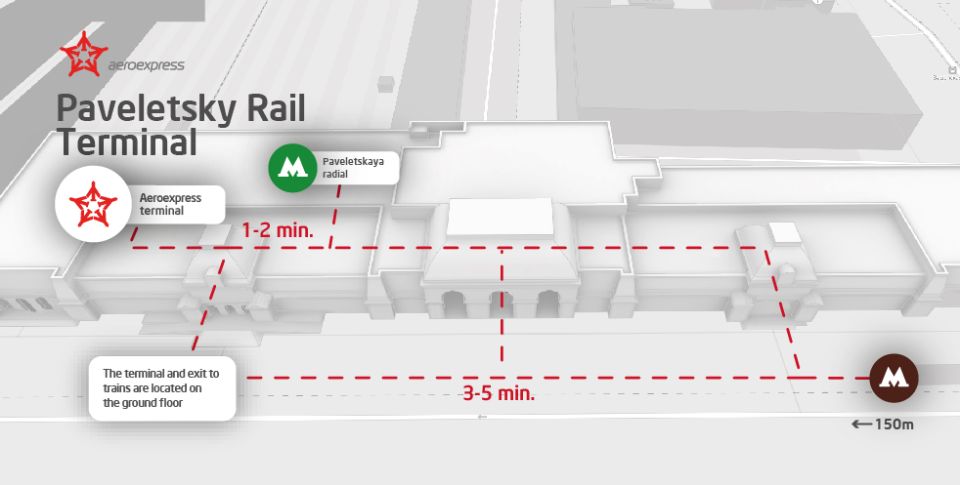 The Aeroexpress terminal is situated in the Paveletsky Rail Terminal.

To access the terminal, use Entrance 2 of the Paveletsky Rail Terminal or go through the entrance hall at the exit from the Paveletskaya metro station (radial line).

At the exit from the Paveletskaya metro station (Koltsevaya line), turn left, go down the underground passage and then go to the rail terminal building.

From Verkhny Kotly to Domodedovo Airport 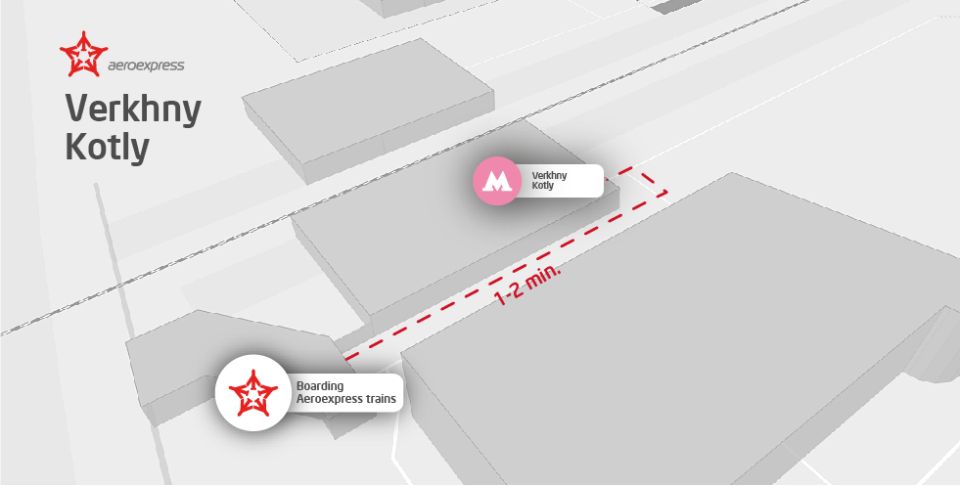 At the exit from the MCC Verkhny Kotly station, turn right two times and proceed straight to the station building’s entrance.

From Domodedovo Airport to Moscow The exit to Aeroexpress trains departing to Moscow and making stops at Verkhny Kotly and the Paveletsky Rail Terminal is opposite Exit 3 of the Domodedovo air-rail complex.