A Tense Racing Weekend for the Aeroexpress Racing Team

The sixth stage of the Lada Granta Cup was held on August 18–19 at the Smolensk Ring, and in spite of difficulties, was a success for the Aeroexpress Racing Team, with their drivers twice appearing on the winners’ podium. Rustam Akiniyazov and Boris Shulmeister, drivers of crew 15, came third in the Saturday race. Crew 33, consisting of Yury and Mikhail Loboda, finished second in the Sunday race. 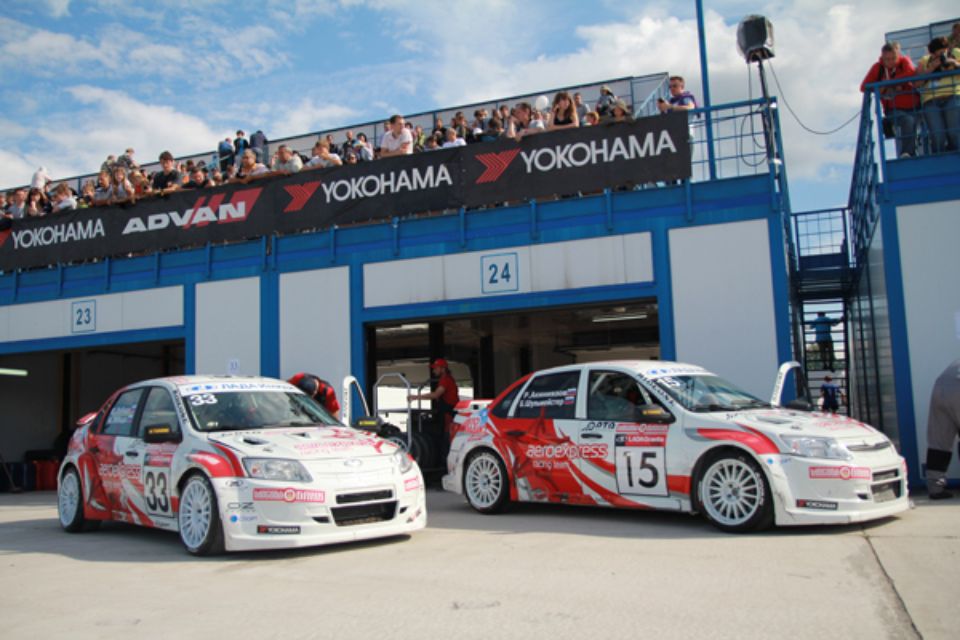 The weekend races proved to be a very tense affair for the Aeroexpress Racing Team. A heavy downpour hit the Smolensk Ring before the first race began on Saturday, and the rain continued to come down throughout the entire race. In such conditions, the priority was naturally to ensure the cars stayed on the track. Not every crew managed to achieve this. In fact, only nine cars out of the twelve which started the race crossed the finish line. Sadly for Aeroexpress Racing Team, crew 33 was among those who failed to stay on the track. On the fifth lap, the Aeroexpress car, which at that moment was being driven by Mikhail Loboda, was hit by a competitor. The rear wheel came off in the accident, and crew 33 had to drop out of the race as a result. However, crew 15 continued to press on. Before a series of mandatory pit stops, Boris Shulmeister had advanced from a starting position of seventh to fifth place. Rustam Akiniyazov, who replaced him in the driver’s seat after the pit stop, did not just maintain their position, but continued to improve on it. In spite of the poor visibility and wet track, crew 15 managed to hold on to third place, but not without worrying their fans first. On the penultimate lap, a competitor tried to overtake Rustam on a hairpin bend right in front of the crowd. It seemed like the competitor’s car hit the Aeroexpress Racing Team’s vehicle, but Rustam calmly negotiated the turn, before racing ahead to ensure the team’s place on the podium. As a result, Aeroexpress Racing Team’s crew 15 came a well-deserved third on Saturday’s race. 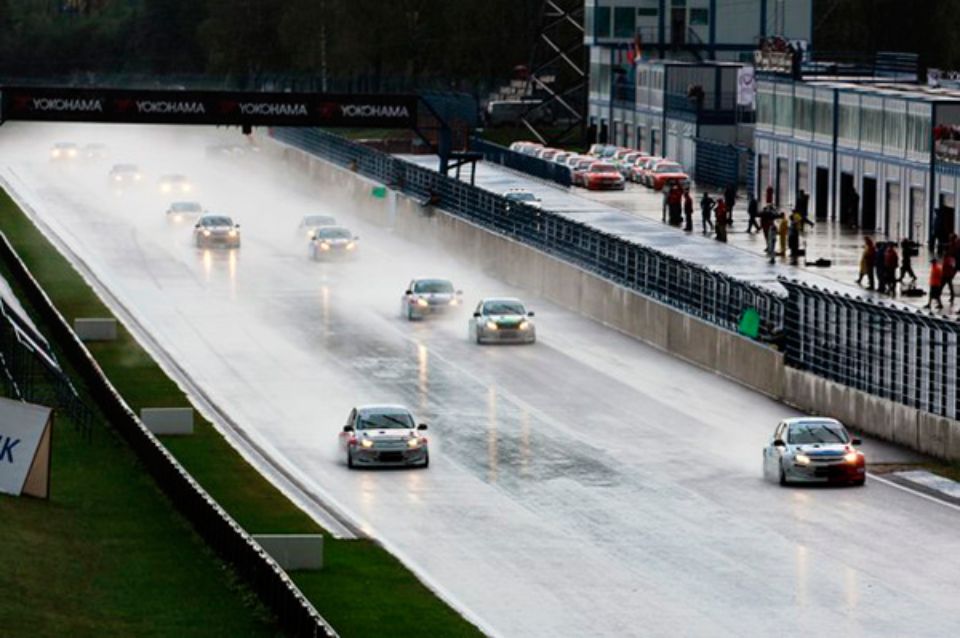 Sunday’s race had a few more surprises in store for the Aeroexpress Racing Team. A team of mechanics worked throughout the night to get the Loboda brothers’ car running again in time for the start of the second race. Following an impressive time during qualifying, Rustam Akiniyazov from crew 15 began the race in third position, while Yury Loboda from crew 33, started in fifth. After the starting signal, all cars quickly accelerated away, except for the Loboda brothers’ car which remained on the starting line. The mechanics immediately sprang into action, and the car was quickly removed from the track. Fortunately, they were able to start the car in the pit lane. Although Yury Loboda was able to rejoin the race, he was, of course, no longer in fifth place, as indicated by the start list, but was already last, and far behind the main group of cars – a daunting challenge for any driver. Before even beginning to compete for first place, Yury had to first set off at full speed to try and catch up with the others. At the same time, Rustam Akiniyazov, withstanding the pressure from other competitors, was holding on to third place. Yury, meanwhile, proved his professionalism, and after 9 laps had already overtaken seven competitors, and entered the pit lane in fifth position. After the pit stop Mikhail Loboda replaced Yury, and immediately went on the aggressive. Boris Shulmeister, replacing Rustam Akiniyazov, rejoined the race in third place. With each lap, Mikhail Loboda made up ground on the leader, and all the fans began to entertain the hope that he was going to be able to compete for first place. However, it turned out not to be – crew 33 finished second, coming in two seconds after the winners. Meanwhile, crew 15, who had been enjoying a confident hold on third place, began to cede ground on the final lap. It was clear that the car was experiencing some problems. With just 500 metres to go to the finishing line, the car driven by Boris Shulmeister was unable to cope with the pressure it was put under, and began to slow down dramatically. Naturally, the competitors immediately behind Shulmeister took advantage of the situation. Although crew 15’s car engine began to smoke straight after crossing the finish line, Boris was still able to take fourth place.

With six stages of the Lada Granta Cup now complete, the Aeroexpress Racing Team is in second place in the team event. The seventh stage will take place on September 15–16 in Nizhny Novgorod.