Aeroexpress has calculated the number of foreign travellers who use Aeroexpress trains most often. 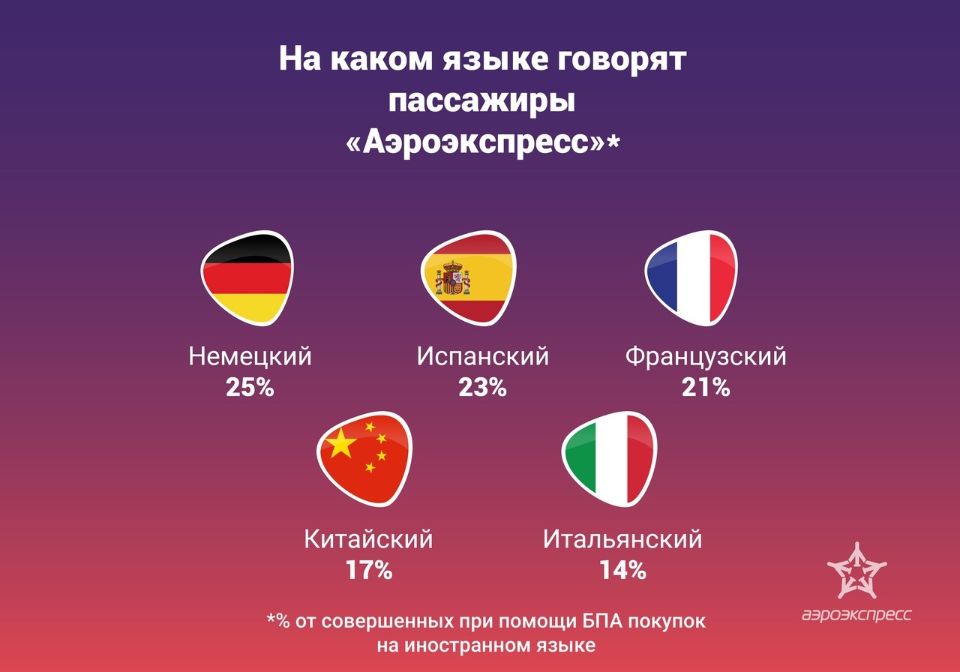 This rating is based on statistics of how many times a particular language is selected by passengers purchasing tickets from Aeroexpress TVMs. English, as the most widely spread international language, has not been taken into account in this rating breakdown by language due to the fact that in addition to native speakers, it is also chosen by passengers whose native languages are not provided in the TVM menu.

Thus, German was the most frequently selected language for the past 12 months, with 25% of all purchases made via this foreign language TVM menu. Spanish runs in close second, accounting for 23% of sales. French is the third among the top three, representing 21% of all foreign purchasers. This is followed by Chinese travellers, who bought 17% of tickets. 14% of all tickets were purchased by Italians.

It is noteworthy that English was selected by 50% of foreigners travelling by Aeroexpress and purchasing tickets from TVMs, the menu for which is offered in seven languages, including Russian.