The world famous couturier, designer, and architect Pierre Cardin travelled from Sheremetyevo International Airport to Moscow city centre on Aeroexpress when he arrived in Moscow on 06 June 2011. The world-famous trendsetter of the fashion industry enjoyed the comforts of business class on his journey into the city centre. 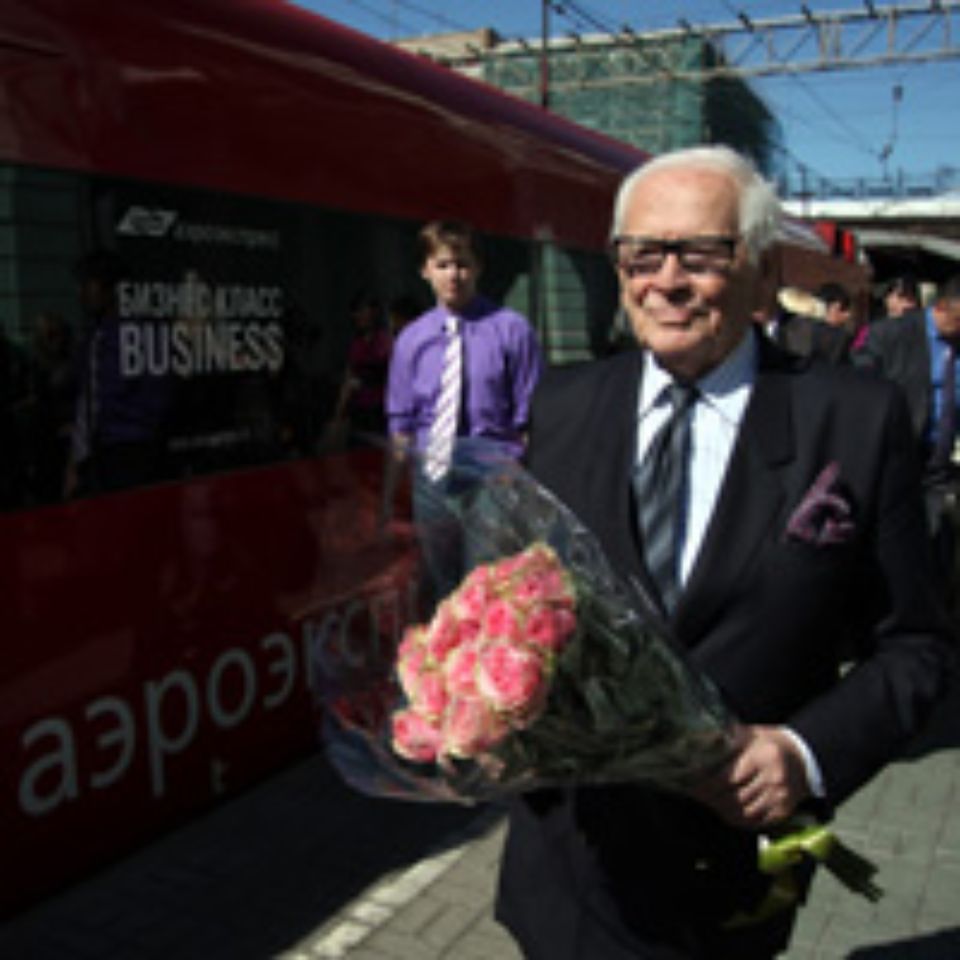 “When I arrive in Russia it is vital for me to keep everything on schedule, because there are a lot of meetings and events planned”, Cardin said, upon arrival in Moscow aboard the Aeroexpress. “This visit to Moscow is neither the first nor even the tenth. But only on this visit was I absolutely sure that I would arrive in the centre of Moscow on time. I am also pleased to note that service quality is compatible with modern European standards.”

Pierre Cardin came to Russia to open the first night of the Casanova musical, as its co-author. The musical will be first performed on the stage of the State Kremlin Palace on 07 June 2011. As well as creating all the costumes for the performance, the great French fashion designer is also the show’s producer. Daniel Martini is the composer and director of the musical. Young actors of the Espace Pierre Cardin Theatre, also created by the renowned couturier, will take the stage. Moscow audiences will be able to enjoy both the musical, and a show of Pierre Cardin’s latest collection.