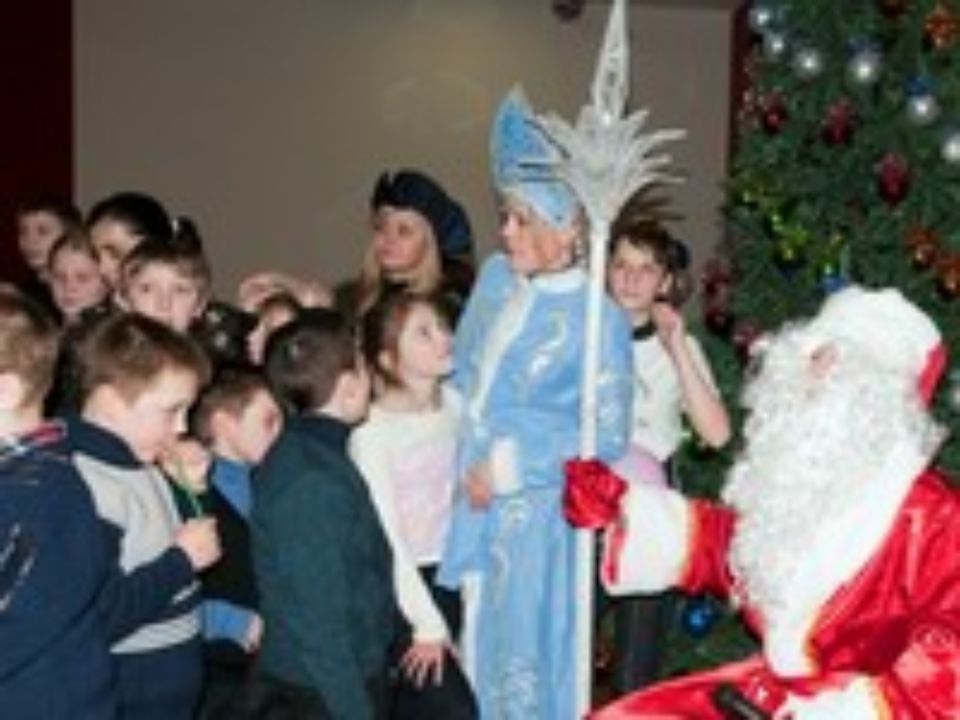 The New year’s fairy-tale ‘Spread your wings’ is an unprecedented action, having no parallel in any other Russian city. For the first time such a large-scale New Year’s celebration will be held at a railway station — Kievsky Railway Station, one of the most beautiful in Russia, that is also an architectural monument to engineering. 9 performances will be held during 3 days, and more than 2,000 kids will take part in the party.

The choice of a railway station as a venue for the party is not accidental. A real surprise has been prepared for young viewers instead of a traditional theatrical performance— an exciting journey into the wonderland, where every kid is not just a viewer, but a full-fledged participant of all events of the New Year’s fairy-tale ‘Spread your wings’.

At the very entrance, a little steam locomotive will wait for the little guests, it will carry them into the wonderland, where no adult can enter — only fairy-tale creatures, talking animals, snowflake-fairies, clowns and magicians live there. It’s the land of childhood, the land of unconditional belief in miracles, and the land of fulfillment of dearest desires. Adults will be able to keep an eye on their kids from a special ‘waiting room’, arranged on the balcony of Kievsky Railway Station.

The path of fairy-tales with lots of surprises, games and contests will lead children into the auditorium. Hundreds of surprises are waiting to be discovered along the magic path — soap bubble show, snow battle, huge puzzles and many other things. The whole journey along the path of fairy-tales will be accompanied by the unique sound effects, laser show, magical snowfall and mysterious haze, creating a comfortable world of New Year miracles.

Entertaining games and contests have been over, and the young friends of the Fund will be met by the characters of the theatrical performance ‘The Snow queen’. This part of the New Year’s fairy-tale ‘Spread your wings’ also hides lots of surprises — little guests will take part in the performance together with the characters, fighting on the side of ‘the good’ and defeating ‘the evil’.

Organizers of the party hope to give kids and adults unforgettable emotions and a real fairy-tale that everybody longs for on New Year’s Eve.

Aeroexpress LLC is a socially oriented Company. Together with the Fund ‘Spread your wings’ it takes part in the charitable action ‘Train of Hope’ aiming at attraction the public attention to the problems of orphanhood. Thanks to this action, more than 500 children from different parts of Russia (Kaliningrad, Krasnoyarsk, Ekaterinburg and other cities) have found their new families. Aeroexpress organizes free transportation of little passengers and their parents as a part of charity events held. ‘School for foster parents’ lessons are held in the Aeroexpress railway terminal in Sheremetyevo airport. Collection boxes are installed inside Company’s terminals, the money is forwarded to program budgeting of the Children’s fund.