On December 15, 2009 a creative Aeroexpress electric train branded in the Suzuki Grand Vitara style started its maiden trip from the Paveletsky Railway Station. 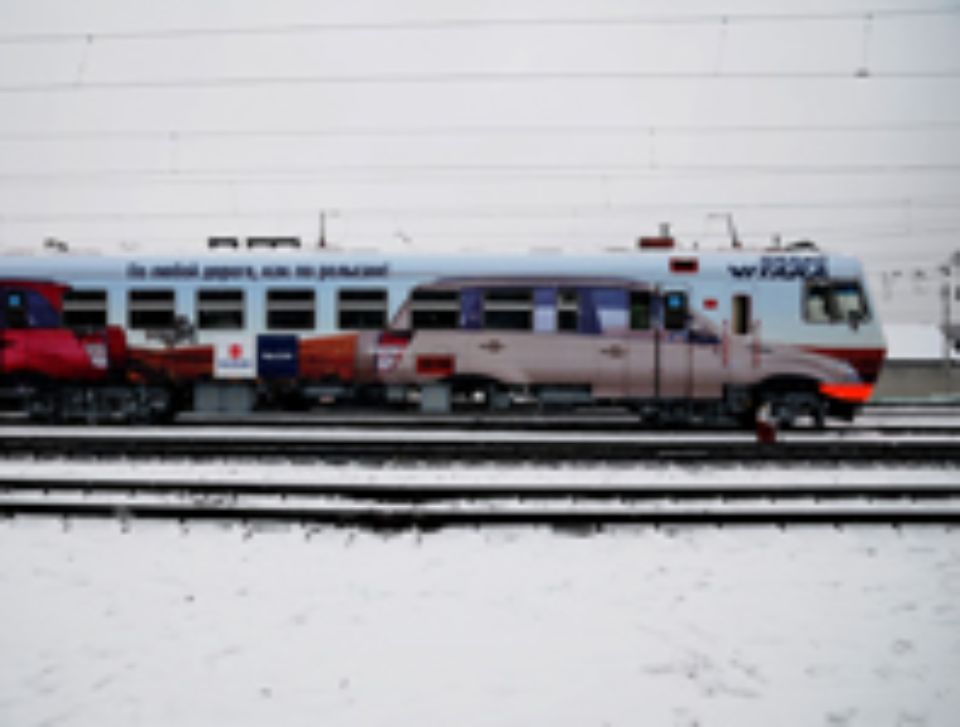 The branded train project was created and implemented through a creative union between LLC Aeroexpress, ITC Auto RUS (the official importer of Suzuki Motor Corporation products to Russia) and TransVision, the advertising agency.

The unique electric train became a New Year’s present to the passengers and all Suzuki brand fans. The coaches of the train have on them the company symbols and Grand Vitara pictures against various backgrounds, including urban and natural scenes. The colourful pictures clearly show the capabilities of the Suzuki models most popular in Russia: Grand Vitara easily runs on any kind of terrain and in any weather, that is in rain, snow or storm, and in any season.

Sigeru Syodzy, the ITC Auto RUS general director, Vadim Semkin, the LLC Aeroexpress department of sales and promotion director, and Vyacheslav Semenkov, the TransVision general director spoke about the uniqueness of the presented train at the ceremonial press conference following the train launch.

“For Aeroexpress it is the first project of the kind. We hope that there will be other projects of the kind in our history and are ready to carry on work in the new direction,” Vadim Semkin, the LLC Aeroexpress department of sales and promotion director said.

Spokespersons for the ITC Auto RUS also dwelled on the details of the implemented project, summed up the results of the year, spoke about plans for the future and the strategy for further development of the company. “This year our advertising campaign has been very diverse as for the creative elements and the ways of implementation with many of them never used before in the automobile field”, Sigeru Syodzy, the ITC Auto RUS general director said to add that “today’s project is not an exclusion. As we see it, it is interesting for the ambition, courage and innovation, as well as social orientation. We will have many followers on the Russian advertising market due to the project and the Suzuki brand will be engraved on the history of Russian advertising forever.”

A dinner and a concert performed by a trendy jazz band were held for the guests. All the participants in the conference were given memorable Suzuki presents for the New Year, as well as congratulations.

The passengers of the train will be also given bright cards with a stamp, which they will be able to send to congratulate their loved ones on the New Year and Christmas right inside the coach. The filled cards will be delivered by post.