The Pod Kryshei Doma (Under the House's Roof) Festival took place at the ‘Dom na Brestskoi’ (Mansion on Brestskaya) Architecture and Construction Centre from March 15 to 19, 2012. The new Aeroexpress office at the Sheremetyevo International Airport was presented the top award in the Public Interior nomination. The office’s design was developed and implemented by the Arch Group Architectural Bureau. 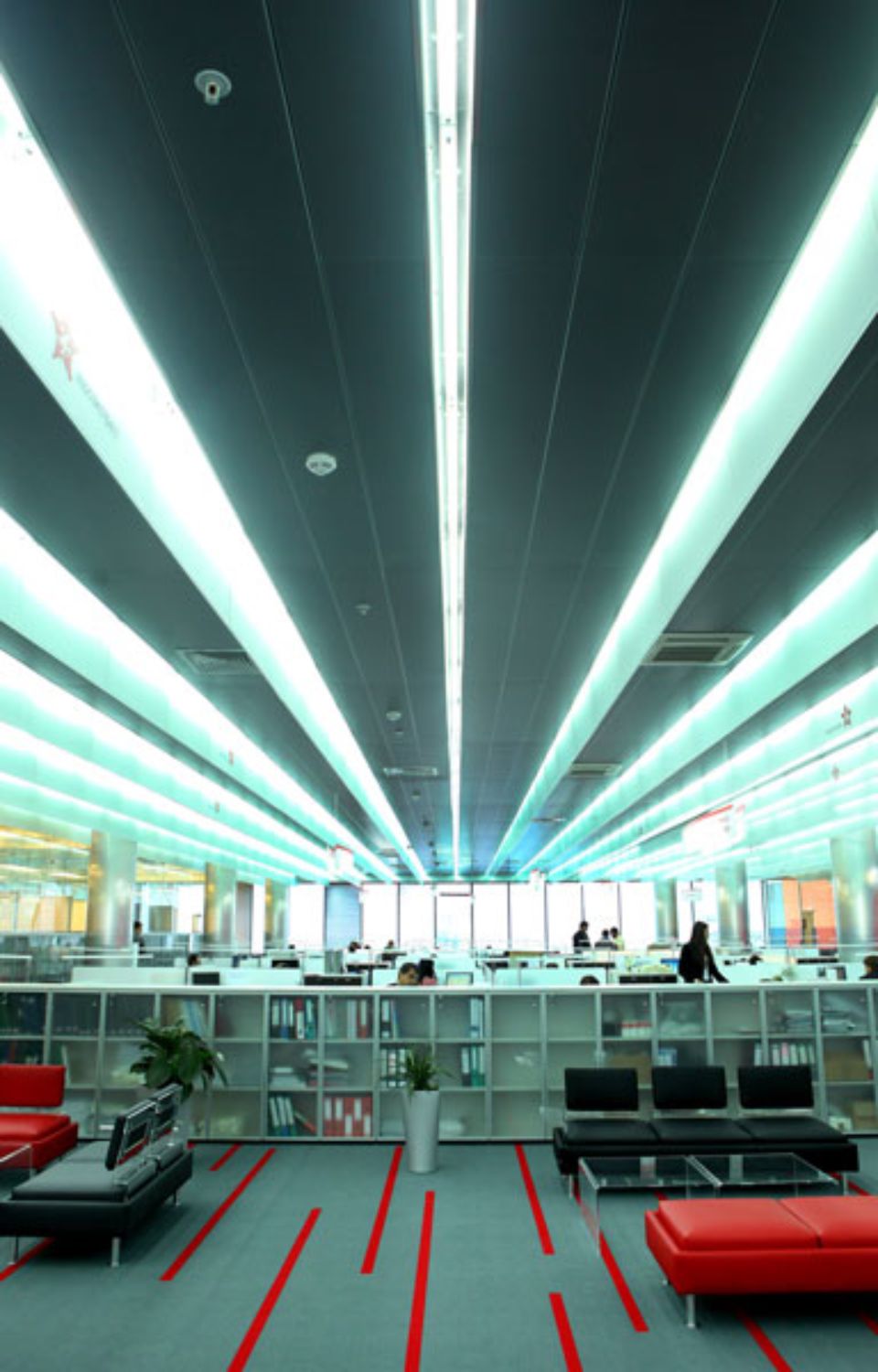 Alexei Goryainov and Mikhail Krymov were tasked with accomplishing this challenge. The new Aeroexpress office was intended to host a significantly increased number of employees, ensure a comfortable work environment, and represent the company’s commitment to innovation and agility. 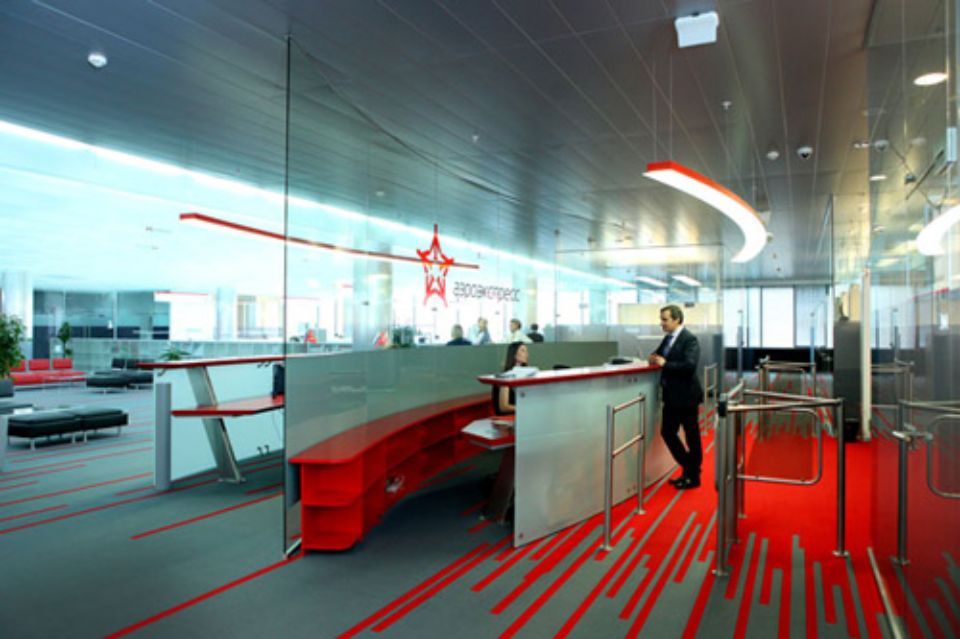 Specialists from the architectural bureau divided the office into four zones: an entrance reception hall, office rooms, an openspace office zone, and a control centre. The reception hall features grey carpets with red stripes, resembling the rapid Aeroexpress trains. Two reception desks are divided by a curved glass wall bearing the company’s logo, illuminated by LED lights and bent lamps resembling the shape of the desks, all of which were especially designed for the interior. There are no massive constructions in the zone for the offices. Transparent glass and diagonal thin bar structures evoke a sense of lightness and clarity. The openspace zone holds the majority of the employees. Lightning is provided by ceiling lamps designed especially for this project. Luminous bands, associated with the tracks and the Aeroexpress trains, transfer light from one window to another and cover the entire hall. The control centre is most impressive of all. It is separated by a curved glass wall and resembles an aircraft turbine.

In the interior of its new office, the architects have succeeded in conveying the specific features of Aeroexpress, providing passengers with the most rapid transport services between the city centre and Moscow airports.