Alexei Krivoruchko, CEO of Aeroexpress, Named Person of the Year 2011

The Person of the Year Annual International Award ceremony, established by RosBusinessConsulting, took place on 28 February 2012 at the President Hotel. Alexei Krivoruchko, CEO of Aeroexpress, was named Person of the Year 2011 after being nominated for his contribution to transport infrastructure development. 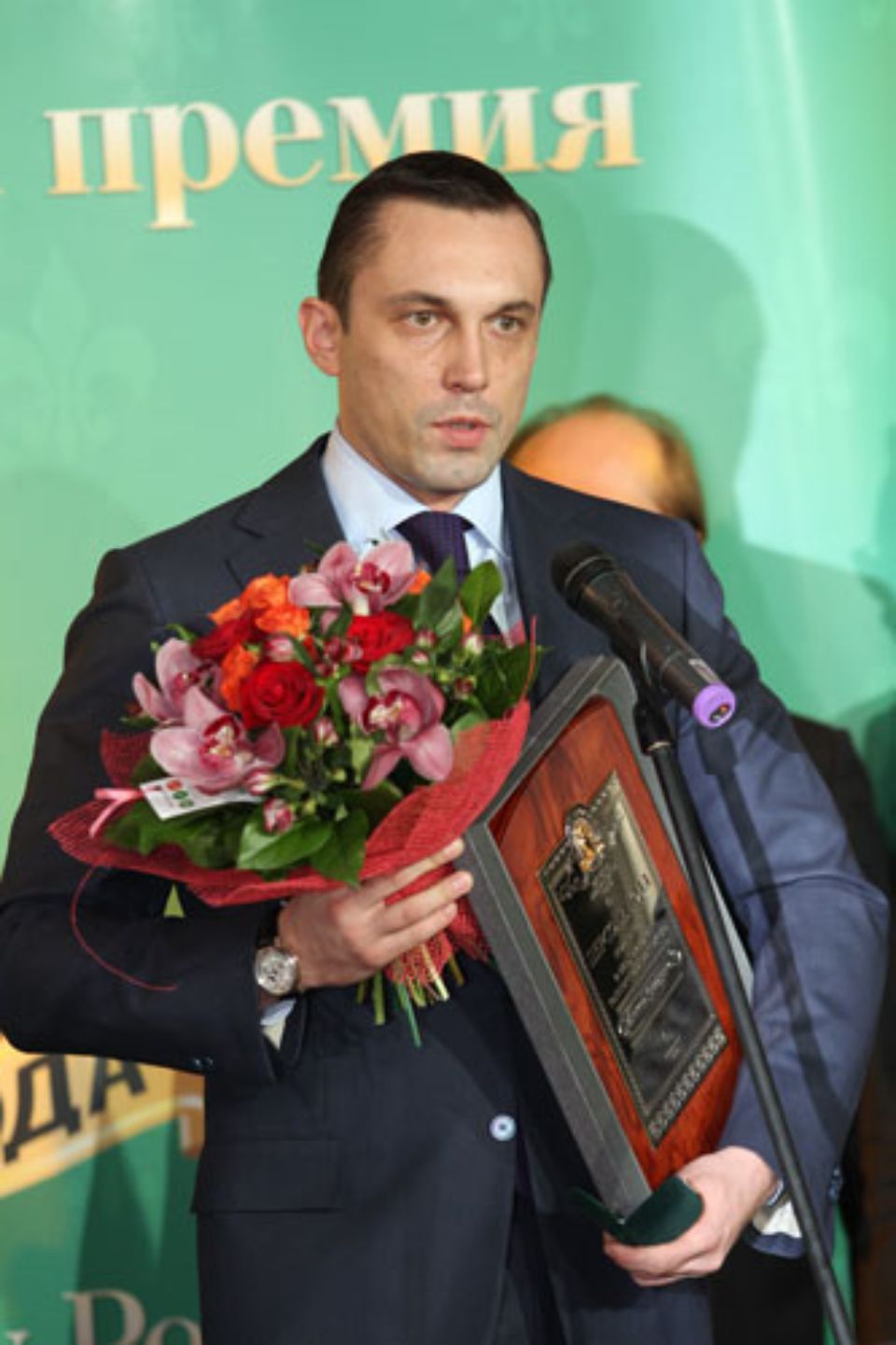 The award was established in 2001, and today it is one of the most important events in the calendar. Traditionally, laureates are people who have achieved remarkable professional results, made a significant personal contribution to the development of business, politics, or culture, and who merit special public recognition. The winners are selected by an expert committee consisting of statesmen, public figures, honoured artists, representatives of the business elite, Russian and foreign media representatives, as well as award winners from previous years. The Person of the Year award for achievements in transport infrastructure development was presented for the first time, and Alexei Krivoruchko, CEO of Aeroexpress, was named winner.

The decision of the jury to award Mr Krivoruchko and Aeroexpress for the contribution made to transport infrastructure development was no accident. During 2011, large-scale work to modernize existing rolling stock was carried out on all three of Moscow’s intermodal routes under the guidance of Alexei Krivoruchko to improve the quality of passenger services. New rail transport services were launched on the suburban route to the town of Lobnya. Rail transport has also been established from scratch in the future Olympic centre of Russia, where Aeroexpress trains have been integrated with Sochi’s intra-city transport system and operate between the central rail terminal and Sochi International Airport. Trains stop at Adler, which is very important both for local residents and for the numerous visitors to the Russian resort.

Currently, all three routes in Moscow (Vnukovo, Domodedovo, and Sheremetyevo) are among the top five leading European intermodal transport routes. With each passing year, Aeroexpress’ services come under ever-increasing demand, as is proved by the steadily increasing number of passengers. More than 14 million passengers were carried by the company’s trains in 2011 alone. This figure exceeds the result of 2010 by more than 20%.