Aeroexpress has begun providing regular passenger transport services in Sochi. A ceremony was held on 15 February 2012 to mark the launch of the railway service between the city centre and the airport. Dmitry Kozak, Deputy Prime Minister of the government of the Russian Federation, Vladimir Yakunin, President of Russian Railways, and Alexei Krivoruchko, CEO of Aeroexpress attended the event, where the first train was launched into service. 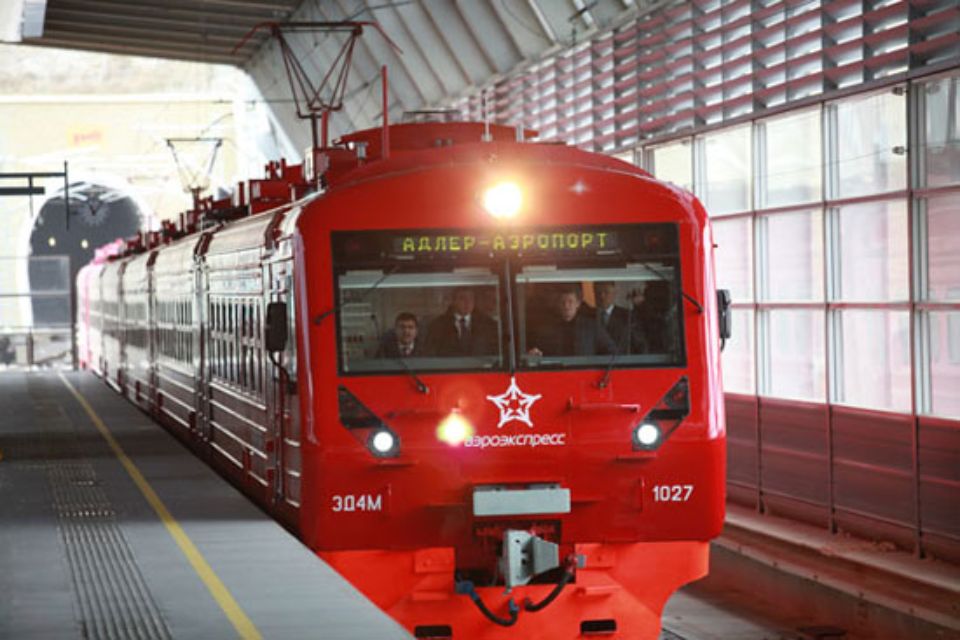 Until today, only Moscow residents and visitors to the capital could enjoy all the advantages of Aeroexpress’ fast and comfortable trains when travelling to airports servicing the city. The launch of the Aeroexpress service in Sochi is the first corporate regional project coming as a result of the experience the company has gained over many years of providing intermodal transport services and modern technological solutions in the rail transport industry.

Dmitry Kozak, Deputy Prime Minister of the government of the Russian Federation, and Vladimir Yakunin, President of Russian Railways were the first passengers on board the Sochi Aeroexpress.

“Putting trains into operation between Sochi and the airport earlier than planned demonstrates the importance Russian Railways places on meeting its obligations”, said Vladimir Yakunin, President of Russian Railways. “The plan for constructing railway facilities scheduled by our company in 2008 is being implemented strictly according to schedule. In fact, we have not made the slightest departure from the schedule since major construction work began in Sochi.”

"This is the best project among those that I know of. It is the best Russian project, resolving numerous pressing transport problems. Residents and visitors to the city are aware of all the problems Sochi faces, especially during summers, when the holiday season starts," Deputy Prime Minister Dmitry Kozak commented on the project, which, in his opinion, is of great importance and implemented at the highest level.

As Sochi is getting ready to host the 2014 Olympic Games, and sport and tourist facilities are being constructed, the launch of Aeroexpress trains in the city will bring a large number of benefits. This kind of transport infrastructure will reduce traffic on the city’s highways, and help people avoid traffic congestion on their way to the airport. “This is our first regional project”, says Alexei Krivoruchko, CEO of Aeroexpress. “We have applied all our professional experience in establishing intermodal transport to organize the provision of rail transport services between Sochi and the airport. All the specific features of Sochi’s infrastructure and the requirements of city residents and visitors to the future Olympic centre were taken into account when developing the concept for train services”.

The ED4M trains that have been put into operation between the centre of Sochi and the airport were specially designed for Aeroexpress at the Demikhovsky Engineering Plant, with special consideration given to travel conditions in mountainous terrain. For the convenience of passengers, the trains are equipped with toilets and ergonomic seats, as well as air conditioning and tinted windows, which are particularly useful in Sochi’s hot climate. The trains are made up of three types of carriages, allowing passengers to travel in either business, standard, or suburban class. Video cameras and speaker phones are installed aboard the trains to ensure a safe journey. In addition, Sochi Aeroexpress trains will be also integrated in the intracity transport system and will stop at Adler.

The fare for business class passengers is RUB 350. Standard tickets cost RUB 200. The price of a ticket between Sochi and Adler in suburban carriages is RUB 50. 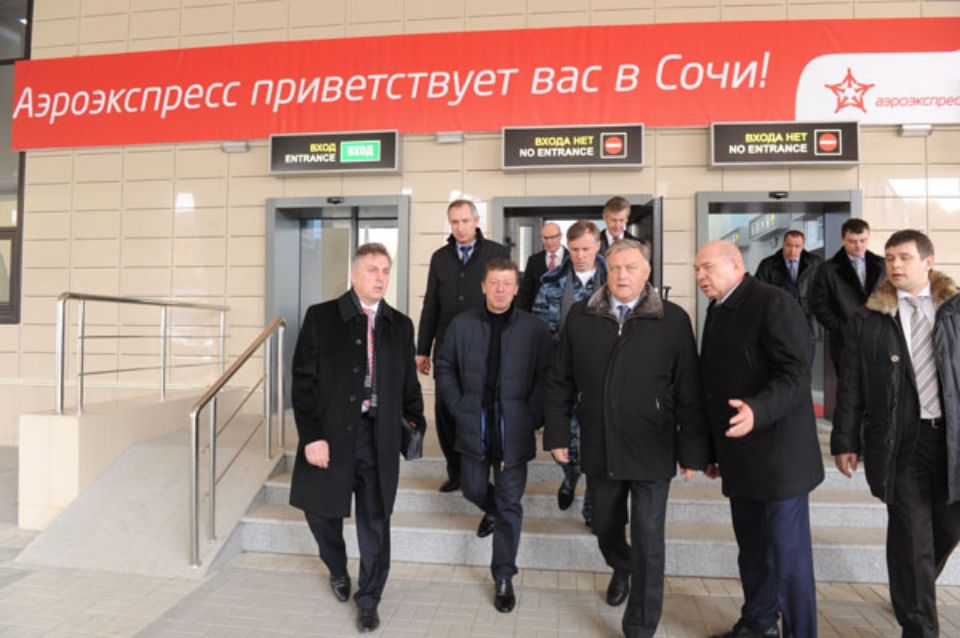