Number of Aeroexpress Passengers Increases by 21.9% in First Ten Months of 2011

10,175,182 passengers have travelled on Aeroexpress trains during the first ten months of 2011. The number of passengers carried to and from Moscow airports increased by 21.9% compared to the same period last year. 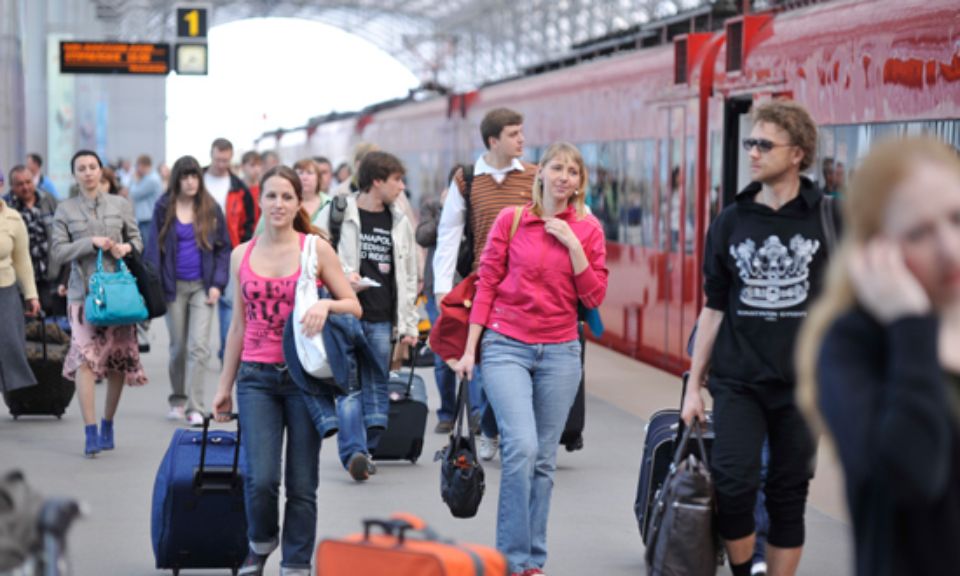 According to statistics for the ten months, the highest growth has come from the route between Paveletsky Rail Terminal and Moscow Domodedovo Airport, with the number of passengers reaching 4,969,950 people, 22.8% higher compared to the same period of 2010. 1,464,744 passengers have travelled on Aeroexpress trains to and from Vnukovo International Airport, representing a 2.0% increase on last year. 3,740,488 passengers have travelled on Aeroexpress trains between Belorussky Rail Terminal and Sheremetyevo International Airport, exceeding last year’s result by 30.7%.

As usual, passenger numbers started increasing once the summer holiday period began. However, this year it continued to increase well into the autumn. In just two months, between September and October, 2,425,000 passengers travelled on Aeroexpress trains to and from Moscow airports. This form of transport continued to guarantee timely arrival at Moscow Domodedovo Airport between 19th and 22nd September 2011, while engineering work was being carried out on the Moscow rail network.

These results have been made possible by the constant work being undertaken to improve the quality of passenger services. In the first ten months of this year, the company has significantly expanded the range of services provided to passengers. For example, in February 2011 MOBI.Dengi, a new payment service, was added on the company’s website www.aeroexpress.ru. It allows users of the ‘Big Three’ mobile operators (Beeline, MTS and MegaFon) to purchase electronic tickets and pay for them from their mobile phone balance. Starting from June 2011, users of Mobile TeleSystems can pay for electronic tickets from their mobile phone balance and by bank card via the Easy Payment mobile payments service provided by MTS. Users of other mobile network operators can pay using bank cards only. After the payment is confirmed, the user receives a ticket in the form of Quick Response code (QR code) which is displayed on the screen in the Easy Payment application. To pass a turnstile, it is enough to touch the screen of the mobile phone onto a reader. The electronic ticket purchasing service for Aeroexpress trains is now available for passengers on the websites of the following airline companies: S7, Sky Express, Dagestan Airlines, Ak Bars Aero, VIM Airlines, Donavia and Yakutia Airlines.

On these developments, Alexei Krivoruchko, CEO of Aeroexpress says, “We place a high priority on continuing to improve our key performance indicators by developing services available to passengers and modernising infrastructure, as well as by actively developing both direct and agent sales channels.”